E&M meets the Modern Romanist’s founder Samuel Sigere to find out what the perks are of bringing Ancient Rome to understand the contemporary world we live in today:

E&M: To begin with, thanks for joining us today Sam! Why don’t you tell us a little bit about yourself and the Modern Romanist?

First, I would like to thank Europe & Me for the opportunity to talk about The Modern Romanist.

For the past two years, I have been working in EU public affairs while doing a PhD in Ancient History. I was born in Martinique (France) but I have lived in French Guyana (South America), France, Canada, the UK and now I live and work in Belgium.

(laughs) Yes I had the chance to live in many places during my childhood. My parents like to travel and I followed. Moving all the time have kind of changed my mindset whether I want to or not, I couldn’t help myself to compare the different societies and cultures in which I’ve lived. I think we always compare new surroundings to old ones to decide whether we like it or not. And I think in a way, The Modern Romanist, is a continuation of this mental process.

My blog, The Modern Romanist, follows an expert on Ancient Rome as he discusses the news with his friends. It is written as dialogues in which the Modern Romanist makes comparisons between Ancient Rome and Modern Western politics and society to shed some light on some cultural or political similarities. The project is in its infancy but I am hoping to extend it over time.

E&M: How did you come up with the idea, and what pushed you to follow through with it?

The idea came up while working on my PhD at UCL (ndlr: University College London) in London. My thesis looks at the concept of success in Ancient Roman politics, felicitas, and how it was used by Roman generals, like Caesar and Pompey in the first century Before Christ for them to gain military and political power. The concentration of power in their hands actually led to the fall of the Roman Republic and its transformation to an empire. And while I was doing my research, I couldn’t help but notice the similarities between the arguments Donal Trump was making during his campaign in 2016, the way he was presenting himself to American society and what the Roman generals were saying and doing back then. The more I did my research, the more similarities I found with modern politics and society and so I thought it would be cool to transform this into a blog. I would be able to transmit my research to the general public while commenting on the news. I did not want to ‘bore’ people with academic writing. I wanted to make it fun to read, accessible, and a bit fictional. I thought dialogues were the best way to do it, a bit like Plato did with Socrates. 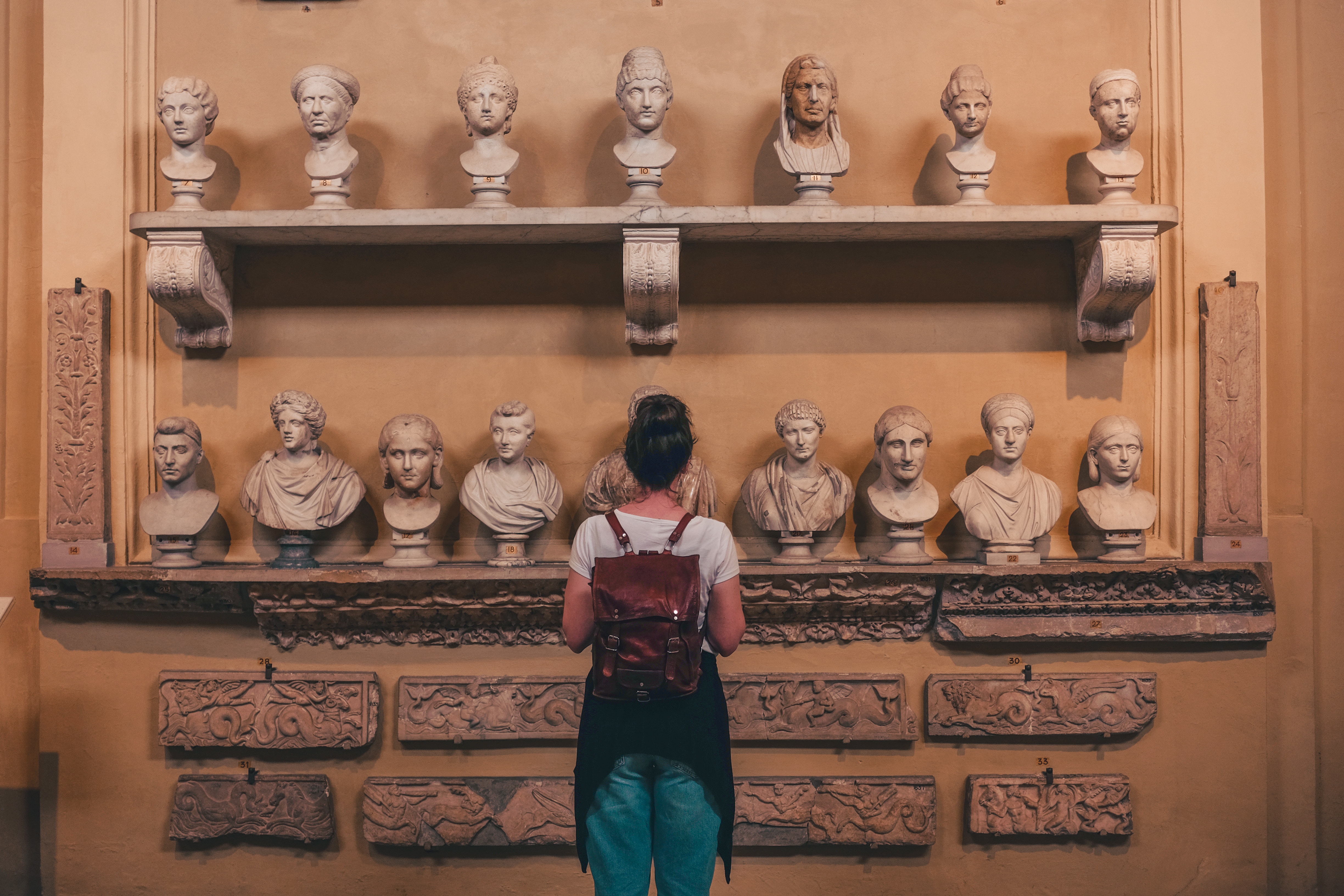 Because history is first of all a history. For me history has this fictional side to it. Before being a ‘science’ history was a literary genre. I found personally, that history sometimes pretends too much to be a science these days. With the Modern Romanist, I’m claiming back this side of history.

I said ‘crazy’ because you would not necessarily think of Antiquity as a way to make sense of the modern time. I think other modern eras, like the Industrial Revolution for instance, have a more direct connection with our modern world. But Antiquity is important for us because it is the root of our modern political systems. Ancient political writings from Plato, Cicero, Aristotle, Tacitus, Polybius, etc.. influenced greatly the thoughts and writing of people like Machiavelli, Montesquieu, Locke and other important philosophers of the Enlightenment. The Founding Fathers of the United States knew those classics and debated constitutional points using them. For instance, Polybius, a Greek writer of the 2nd century B.C. who lived in Rome, wrote about the Roman government and highlighted that its success lies in the checks and balances between the three branches of the government. This is an idea which is at the heart of the American Constitution and the separation of powers between the three branches of the American government. And lately there isn’t a day where journalists or politicians don’t praise the foresight of the Founding Fathers to limit President Trump’s power.

So ancient ideas are still relevant to us in many ways and I think it is important to study and understand them because they provide us with a deeper understanding of our ‘structural ideology’ or the underlying ideas within our political system and society. Understanding those structures seems to me a good way to start to remedy any issues we may have nowadays with them.

So ancient ideas are still relevant to us in many ways and I think it is important to study and understand them because they provide us with a deeper understanding of our ‘structural ideology’ or the underlying ideas within our political system and society.

E&M: What’s one of your favourite parallels between Antiquity and contemporary politics that you have drawn?

Well it is not a parallel per se, it more like the beginning of a solution. During my research, I found this ritual that the Romans named the lustrum. It was a religious ceremony performed after census where the Romans prayed to the gods that the formation of the city – Rome was a hierarchical society – would grant success to the city with the help of the gods. The ritual in a way creates a sort of narrative in which every citizen feels Roman because they belong to a particular class of a successful community.

We always talk about what it is to be European, or how do we create this feeling of belonging to the EU demos. Well, as I wrote in the blog, I think rituals and narratives are the way to go. We should create rituals which all EU citizens celebrate on the same day and that is unique to the EU. Europe Day could be it or any other day, something EU citizens should be proud of. And in terms of narrative, well we should change the way history is taught at school and give it less of a national approach and more European approach.

E&M: What’s drawn you to the study of Ancient History in the first place?

As early as I can remember I have always loved history. When I was 8 years old, I could recite the kings of France by heart – don’t ask me to do that now though (laughs) I’ve forgotten quite a few of them. My dad is a fan of comics. He particularly liked Obelix and Asterix. I started to read them discovering Cesar, Rome, Vercingetorix, all those names were a bit unusual as you don’t see them very much when you live in South America (I was living in French Guiana back then). And so I started to research and read more about the Romans, and I fell in love with them. I still remember that at some point, I learned about this guy named Cicero and that he wrote very important political texts and speeches in Latin. And I remember I made myself this very foolish promise that I would learn Latin to read Cicero in its original language. I was crazy! (laughs)

But the road to study Ancient History wasn’t straight. I studied sciences for a long time. I did an undergrad in Canada with a major in Biochemistry and a Minor in Classical Studies. I thought I would become a medical doctor and then decide to switch to study a Master in Ancient History. 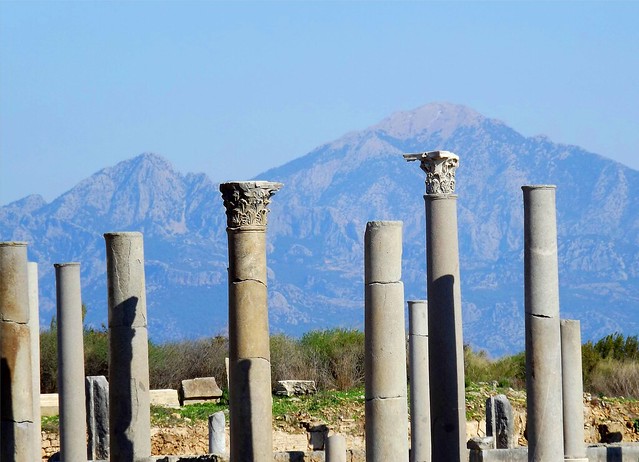 E&M: Why do you think the blog is especially relevant today?

Nowadays we think too much in silos I find. We follow the same thinking pattern because we received a similar education. It is especially true in politics where a lot of people have studied political sciences or law. We also tend to think that the issues we face are unique to our time. The Modern Romanist is a thought experiment, which brings people to see the world under a different angle, to think a bit outside the box, and to see what some of the issues we have nowadays other people have faced them and come up with some interesting solutions that we could potentially replicate. I think history has a greater role to play within society to give people some perspective and the success of books like Sapiens by Harari shows that history is not only relevant to make sense of the present but also that there is a demand for it.

E&M:  A blog like yours sheds light on how inevitable it is that history just keeps repeating itself. What do you think?

(laughs) I don’t think that history repeats itself. It is scientifically impossible that the same event can be repeated in exactly the same way as every time the conditions, the factors around the event are different – sorry my biochemistry background is coming back. That is the reason why history is not per se a science as well. You can’t apply the scientific method to historical event. I like however to think that ideas ‘repeat’ themselves. They come back under a different guise and can lead to similar outcomes or not. I think this is important because if we look at ideas, if we understand the ideological construct of our society, which trains us to think and act a certain way then maybe, maybe, we can change behaviours and ways of thinking. This is what intellectuals have done for centuries, take an existing idea or create one, look at how it applies to everyday life, identify problems, conjure up solutions which change the idea and then hope that society adopts to this new version of the idea and change its behaviours. The idea of the nation-state or liberalism are the most successful ideas/ideals of the last centuries. I hope that by showing that the Romans had a different way of dealing with similar issues it will help us continue to try to find creative solutions to deal with ideas and ideals and avoid this ‘repetition’.

E&M: Thanks for your time Sam! Do you have anything else you want to tell or share with our readers?

Well, a bit of shameless self-promotion, please please please go read The Modern Romanist and follow us on Twitter. I try to post as regularly as I can. Also, I would very much  like The Modern Romanist to be a collaborative project. So if you have an idea for a historical comparison (doesn’t necessarily have to be from Antiquity) which gives a different perspective on a modern issues, feel free to get in touch!

Republication from Europe & ME . First published on 1 July 2019.

Plagues, Pandora, and the 5G Devil-Breath

The ‘Great Lockdown’ versus the Plague of Cyprian: Have we learned anything?